Space Concordia is home to one of the many talented Montrealais and Canadian rocketry teams that continually sweep the world stage. Space Concordia has never failed to launch and recover a rocket in its 4 years of participation at the IREC and Spaceport America Cup.
Our latest launch, our first foray into supersonic flight and the highest altitude category Concordia has ever attempted, landed us two global first place prizes and an honourable mention.
Bolstered by this success, the Rocketry Division is moving on to bigger projects. We are taking part in the Base 11 Space Challenge; racing to develop the world’s first successful civilian liquid-propelled rocket to pass the Karman line and touch space. 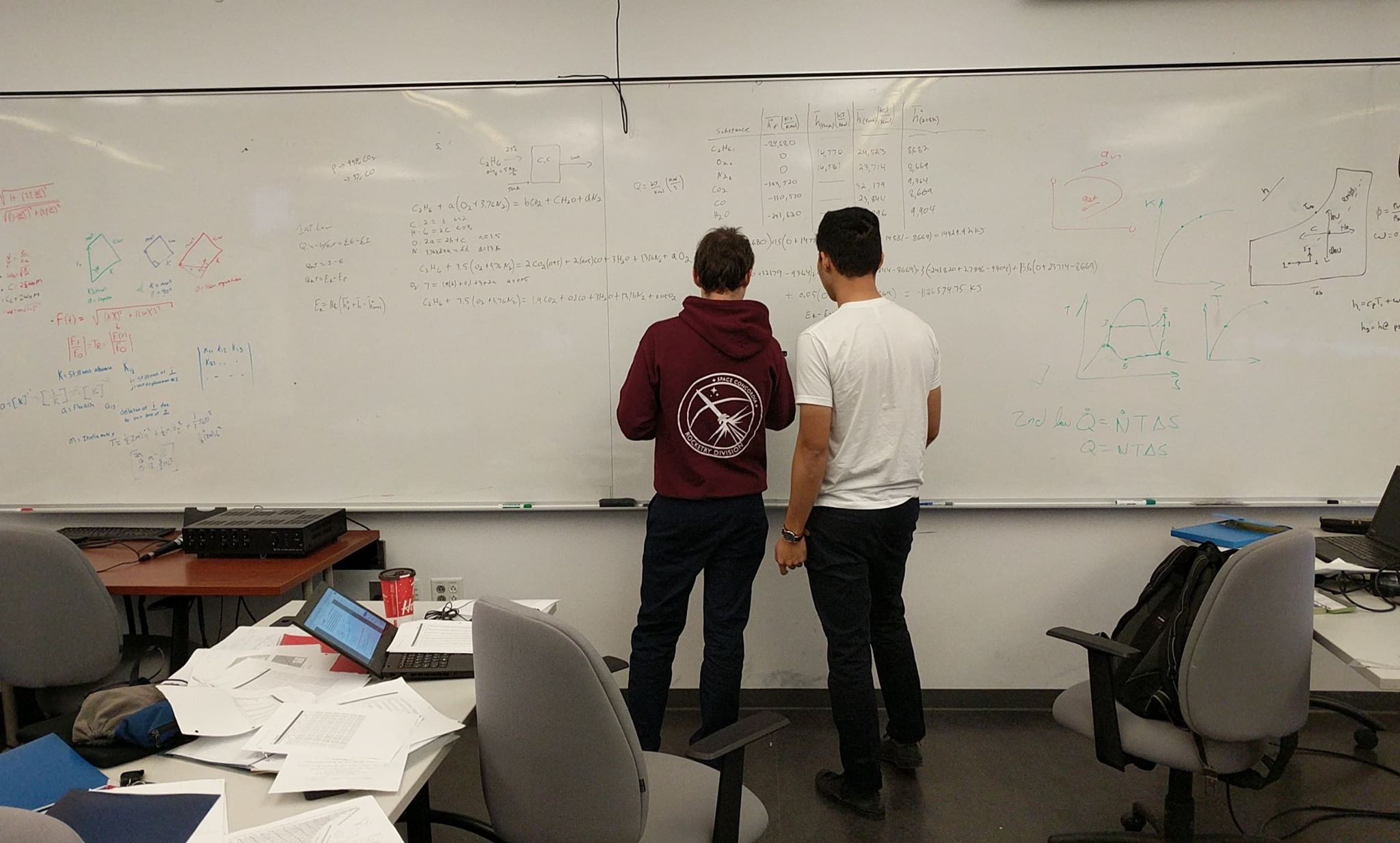 We are currently competing in the Base 11 Space Challenge, an intercollegiate challenge to develop a single-stage liquid fuel rocket to surpass the Karman line and get to space. If we are successful, we will be the first students to build a space-capable rocket, PLUS we will have built the most powerful amateur rocket motor in history! We are a small team, and we are all working very hard to achieve this goal. We plan to launch the suborbital rocket in early 2020, with testing beginning in May of this year. 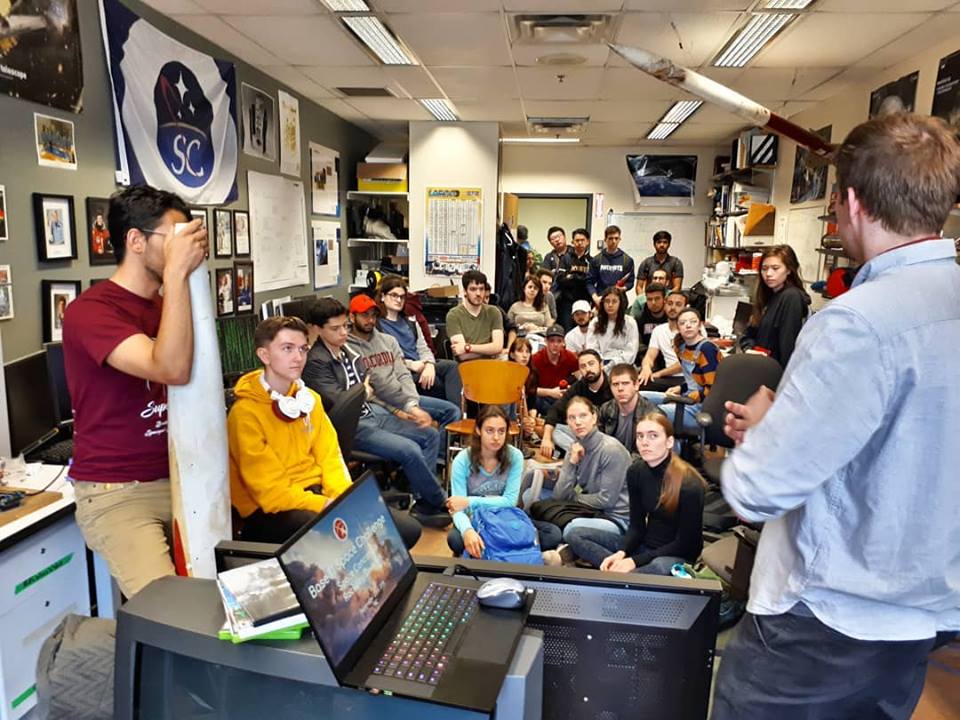 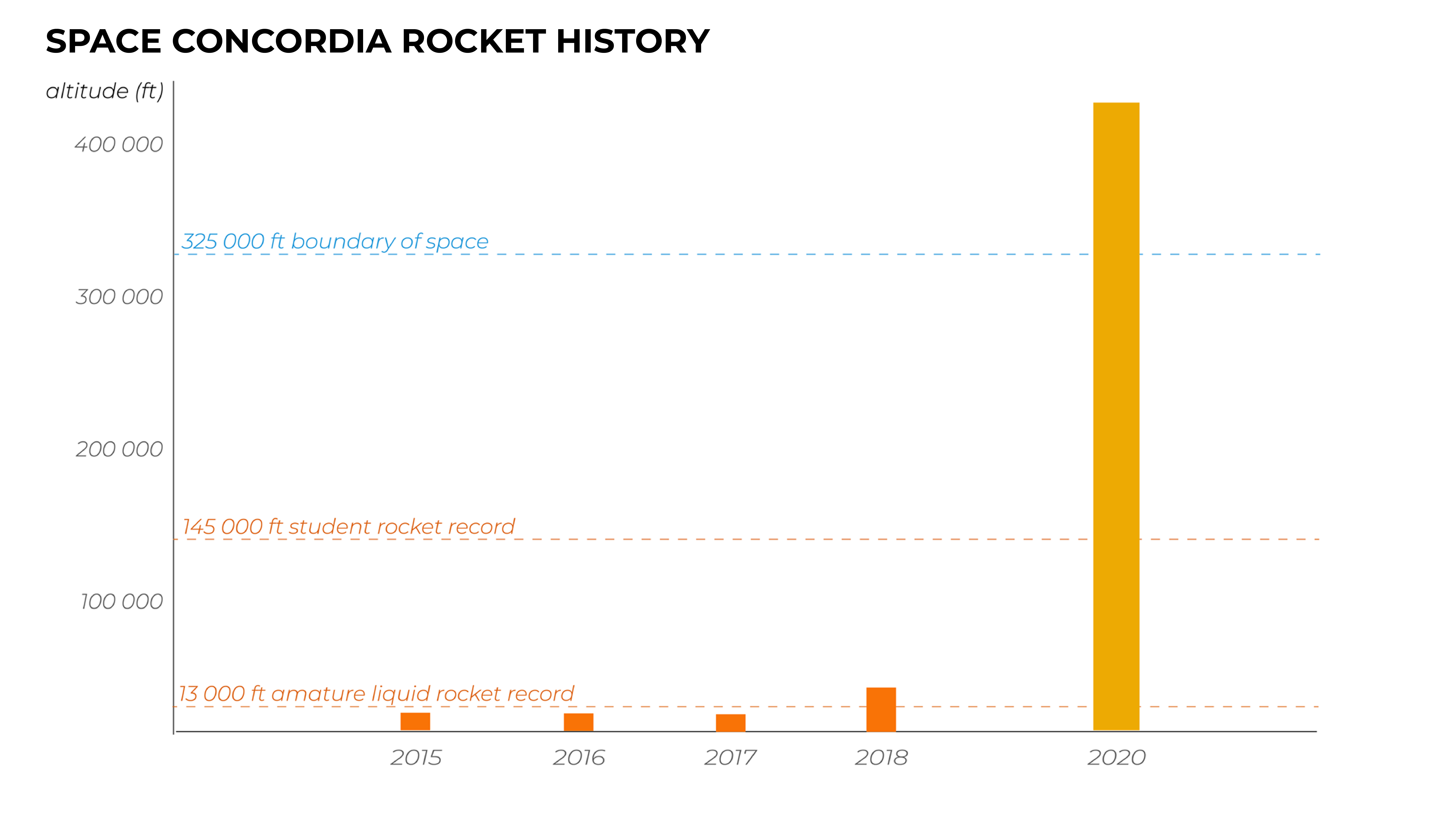 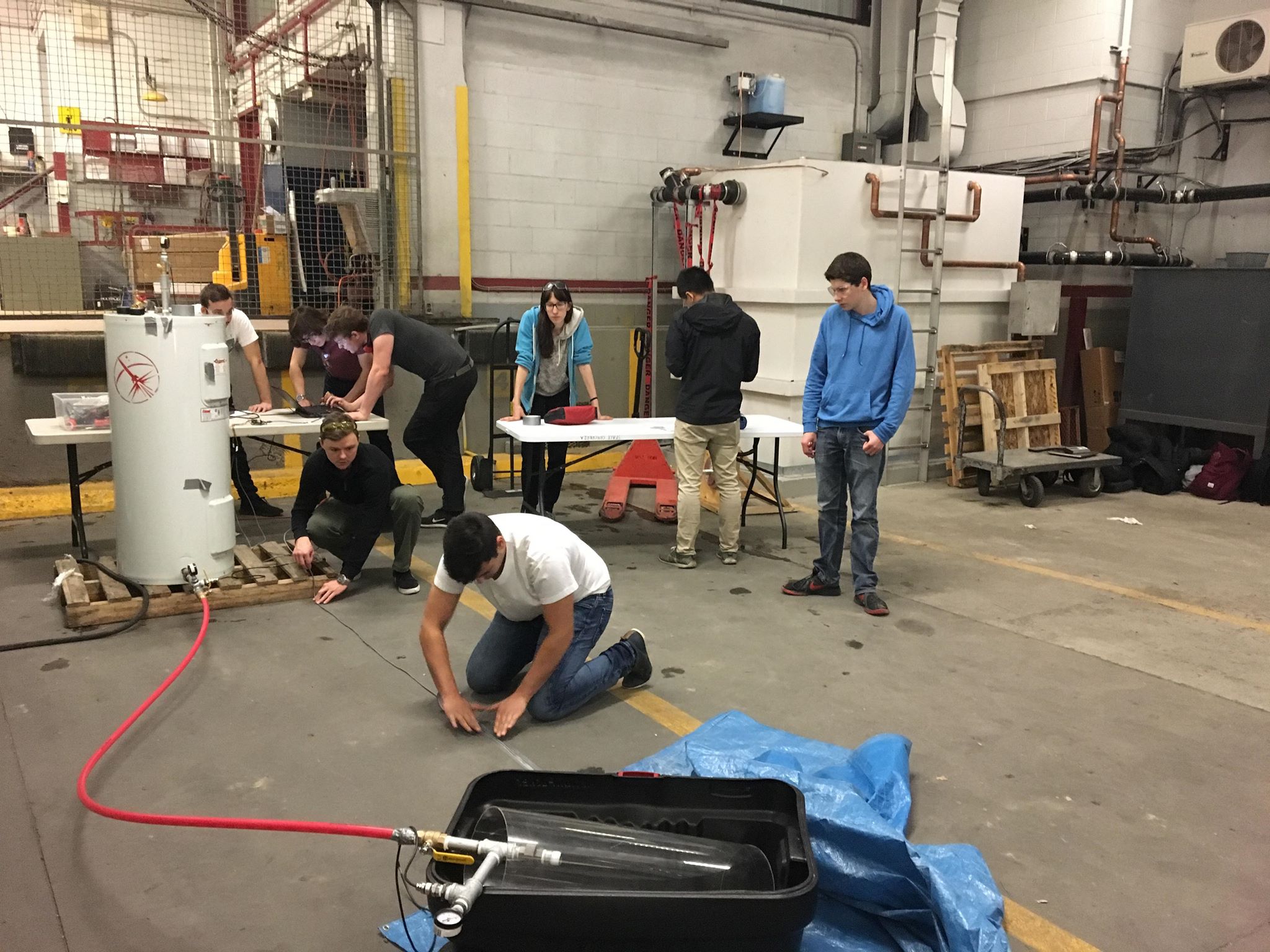 Concordia’s first ever supersonic rocket took flight at the 2018 Spaceport America Cup. The rocket, belovedly named Supersonice, has a target altitude of 30 000 ft traveled at 1.8 times the speed of sound! Though supersonic flight was previously uncharted territory, the SC team made Concordia history and won first place in the Advanced 30,000ft category!

The rocket's payload, a sophisticated fluid dynamic experiment, also won a first place prize in the payload competition. With such a successful season, the team is now pushing onward and upward with their next project. 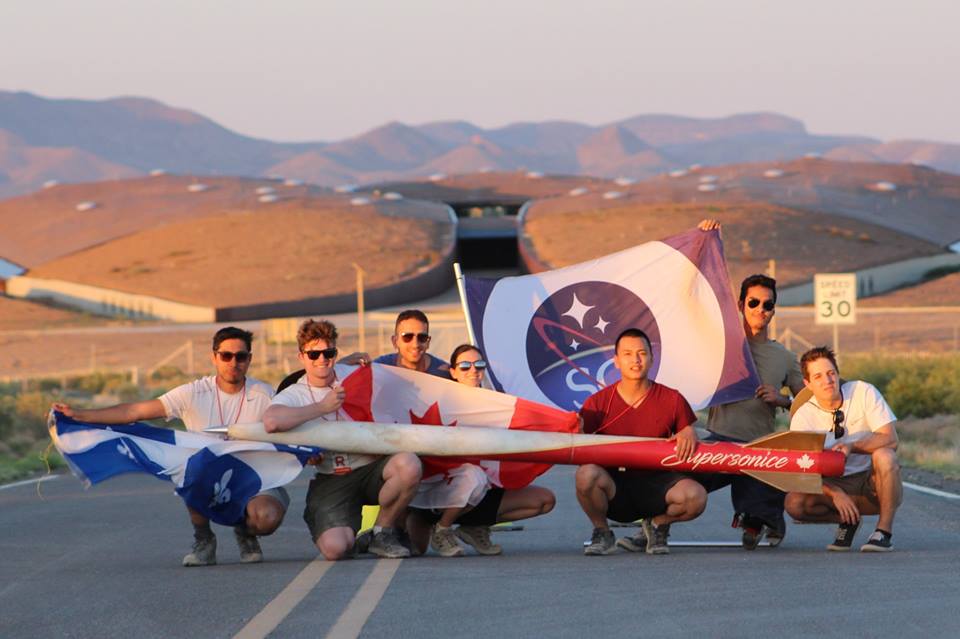 Maurice returned home after placing 3rd in Canada, 1st in Quebec (a first for Space Concordia), and receiving an honourable mention at the Spaceport America Cup 2017.

In 2017, Space Concordia designed, launched, and recovered Maurice the Rocket: a high powered sounding rocket that flew to over 10,000ft at Spaceport America. This rocket was built by a team of seven rookies in their first semester of rocketry. Although they were new, they were the first team in Concordia to manufacture their entire fuselage in-house, including a handmade nosecone. They are the only team to use the Automated Fiber Placement machine from Concordia's Center of Composites. Maurice was full of innovation and student design, featuring an aerodynamic boattail, student-built computer system sending back data to our ground station, giving us a live feed. Maurice carried an on-board scientific experiment that studied the effects of flight forces on three simulated fuel tanks containing student-designed anti-sloshing. The baffles help prevent the fuel from moving around in the rocket, a dangerous phenomenon that affects rockets today! Maurice was also the first rocket in the world to fly with a pitot tube that would mechanically retract back into the nosecone, protecting the rocket from damage. Maurice is fully recoverable and reusable!

Maurice now likes to spend his time displayed at Montreal's Cosmodome. Sometimes he travels to elementary schools and conferences, teaching kids and adults alike all about engineering, space, and rocket science. 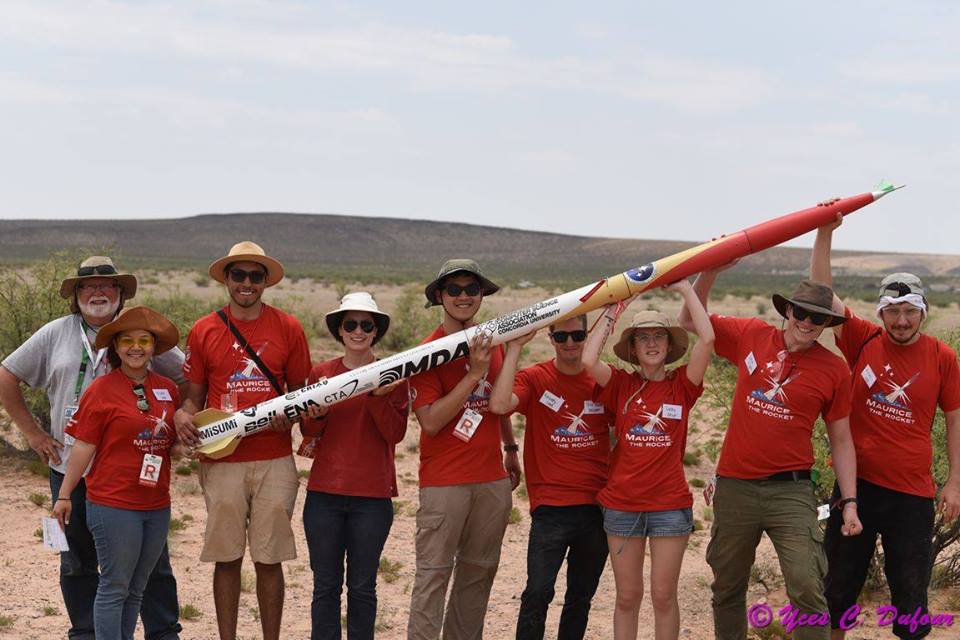 Aurelius was developed for the Basic Category of the 11th IREC competition. It was made using many similar methods to Arcturus. What set it apart however, was its increased focus on composites and the superior methods by which it was designed. An in-house flight simulation software was developed using matlab which was used to refine the performance of the vehicle. As well, the fuselage was further developed. In the end, the fuselage thickness was reduced from 2 mm to 1.5 mm while the compressive strength was increased from 71 kN to 83 kN.

The way the dual-event recovery system was actuated was also changed. Instead of Pyrotechnic charges, CO2 gas canisters were used to eject the parachutes. This made the rocket more reliable and considerably safer to handle before flight. The payload was a simple array of vibration sensors to validate previous Rayleigh-Ritz Aeroelastic models of the fuselage.

Overall, the flight was very successful, with a recovery less than 1 mile from the launch site. The vehicle flew to an altitude of 11,138 feet and experienced a maximum velocity of Mach 0.85. The team went on the win 2nd place in the basic category, beating teams such as MIT and Yale. 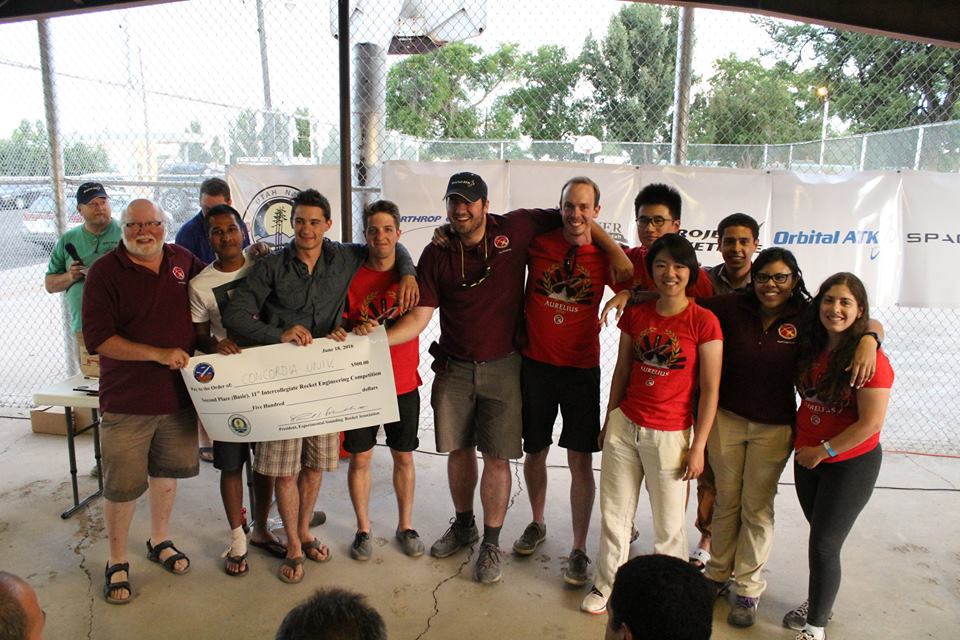 Arcturus was developed for the 10th IREC competition and competed in the Basic Category. It was the first rocket of its kind with a Carbon/PEEK airframe, manufactured using an Automated Fiber Placement machine from the Concordia Center for Composites. As well, the vehicle could boast extremely light aluminum honeycomb and carbon fiber composite fins. The simulation for determining the behavior of the fins in high-speed flows was one of the first of its kind and was consequently published in the proceedings of the 66th International Astronautical Congress.

The vehicle also employed a dual-event recovery system to allow the rocket to be recovered unharmed and at a reasonable distance from the launch pad. The system was activated using rudimentary in-house avionics. Finally, the vehicle’s payload was an array of Geiger-Muller tubes which were used to measure the change in ambient radiation between ground-level and apogee.

Overall, the vehicle had a successful flight and a full recovery. It managed to attain a maximum altitude of 12,705 feet and a maximum velocity of mach 0.84. The payload won second place in the competition’s payload challenge. 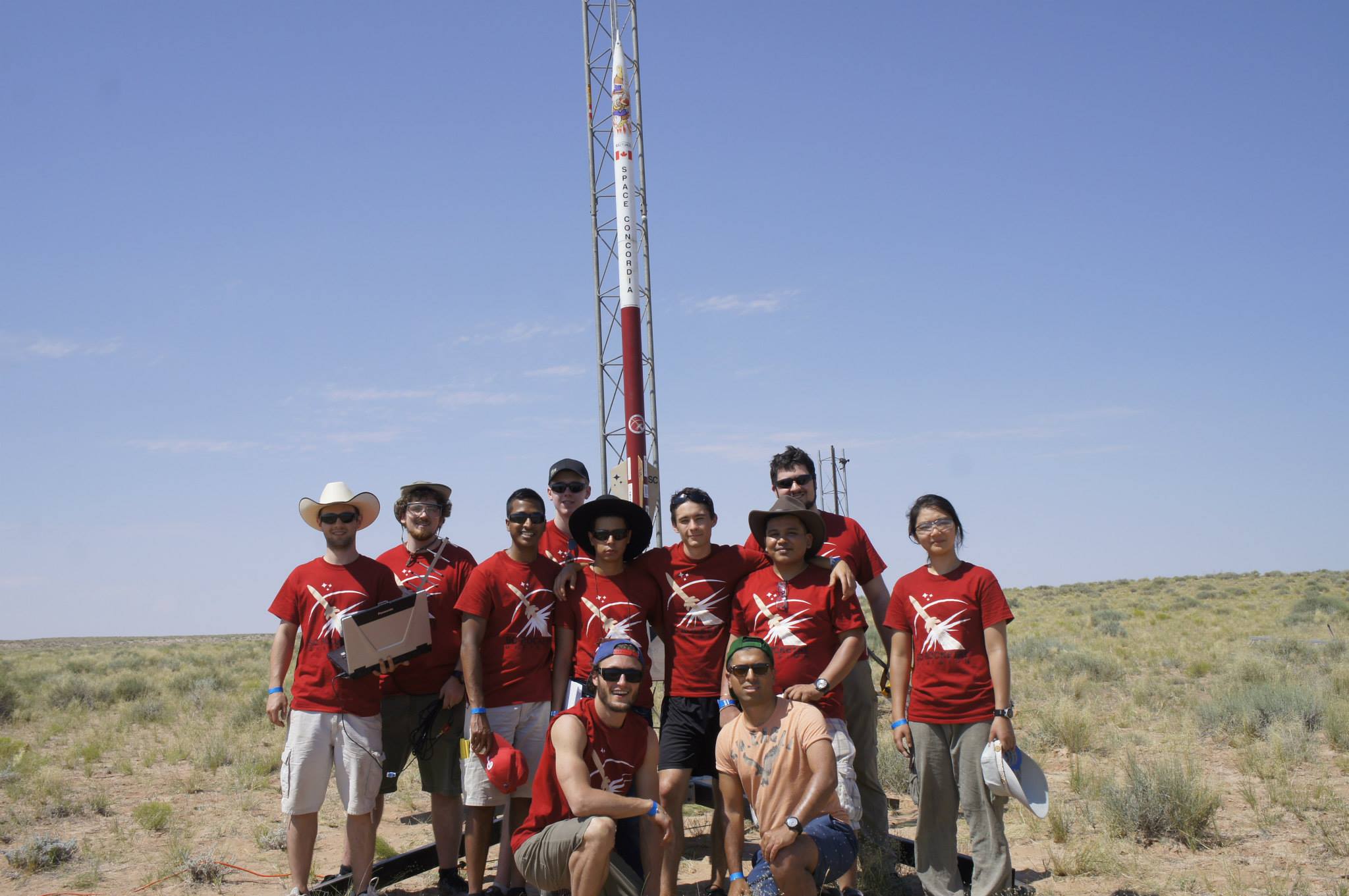